Fresh Kills, inc's original offering opened on February 3, 2022 and was completed on April 29, 2022. Except for the Updates section which may contain more recent information, the information on this page was accurate as of April 29, 2022.

FRESH KILLS, is a gripping drama that tells the story of the loyal women of an organized crime family that dominated some of the boroughs of New York City in the late 20th Century. Written and to be directed by Jennifer Esposito. 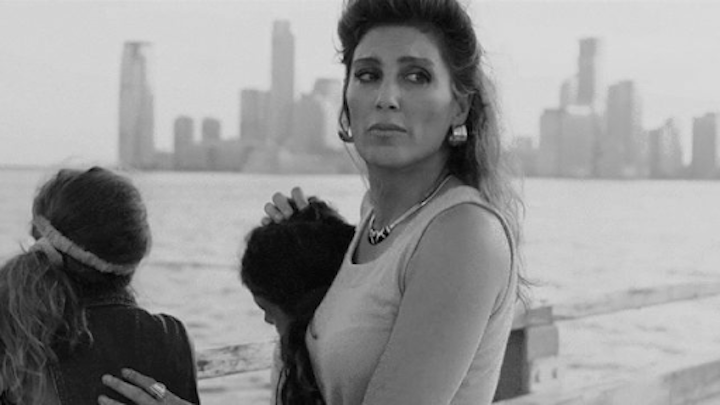 Our company plans to produce the film FRESH KILLS, written and to be directed by Jennifer Esposito.

FRESH KILLS is less about the mafia world and more about the journey of the women in it. While it's in the genre of the Mafia, it's much more about the struggle to find a voice of one's own in a world that tells you to not have one. It explores the issues of wanting more than you were allotted for in life. A theme almost all can relate to. We are looking at those unspoken rules of our society and then seeing if we have the courage to break them for ourselves and the generations to follow.

Do you want to make a movie and change the world?

If only it was that easy. To say deep systemic change needs to happen on all fronts is an understatement. How does Hollywood fit into this though? Let us explain. The content that comes into our homes shapes the world around us. It dictates trends and sets up stereotypes. That trickles down into how we feel about ourselves, how we feel about each other and how we feel about the community around us.

Women remain largely underrepresented, both on screen and behind the camera.
In 2019-2020, women accounted for 31% of individuals working in key behind-the-scenes positions. This represents no change from 2018-2019 (Source: Boxed In).
Barriers at each stage of hiring and production processes cause “drop-out” patterns that hinder women filmmakers’ traction and success in Hollywood—a pattern that has not changed in the last 15 years (Source: ReFrame).
Women comprised 16% of directors working on the top 100 grossing films in 2020 (Source: Center for the Study of Women in Television & Film).
This is not about singling out anyone. Rather addressing an issue and the deep responsibility the entertainment industry holds in creating the world we live in.
While it seems the last few years things inch towards getting better, we cannot continue to pump in such change into an old system that was designed to thwart those efforts.
Which is why FRESH KILLS wants to pave the way to change the landscape, with your help.

By mobilizing people to pick what they want to see and choose strong character driven stories, we aim to contend with the bigger budget studio films at a fraction of the budget while driving value and built-in awareness for FRESH KILLS and our mission.

Aside from being financially invested, supporters are more likely to become emotionally invested in a movie they see themselves in. That’s why we believe all stories matter.

Philosophy of the company

This trickles down into how we see ourselves, our community and each other. We are not calling out any one group, we’re questioning a system. A system that just doesn’t work for all of us. We cannot expect change by forcing it into an old structure.
We believe in allowing the people to have a say on what they want to see shapes how they want to see the world. It’s in that power that true change lies. Not only of what’s on their screen, but have a hand in creating the world they want to see around them.

Obtaining a “distribution deal” is a primary business objective. In this type of distribution arrangement, the independent producer raises production monies from investors, but funds are not used to market and distribute the movie. The distribution agreement is usually entered into after the film is produced (i.e., the film is already “in the can”). This approach to film finance and distribution generally provides the producer and creative team with the most creative control and greater negotiating power with distributors.

Film distribution is the process of making a movie available for viewing by an audience. This is normally the task of a professional film distributor, who would determine the marketing strategy for the film, the media by which a film is to be exhibited or made available for viewing, and who may set the release date and other matters.
The film may be exhibited directly to the public either through a movie theater or  television, or personal home viewing (including digital, DVD, video-on-demand, download, television programs through broadcast syndication). For commercial projects, film distribution is usually accompanied by  film promotion.
If successful, we expect to receive multiple offers for either theatrical or digital distribution or a combination of both. At that point we will consider the best course to take based on the offers received.
We will attempt to earn revenue and generate investor returns from the exploitation of the following film rights and other ancillaries related to the film in the United States and worldwide:

Potential Avenues for licensing the rights:

In 2020, during the COVID-19 pandemic, the combined global theatrical and home/mobile entertainment market was $80.8 billion, an 18% decrease compared to 2019's record high of $98.3 billion.
Motion Picture Association
2020 THEME Report

The global home/mobile entertainment market (content released digitally and on disc) reached $68.8 billion in 2020, a 23 percent increase compared to 2019, driven by digital.

The digital market increased 33 percent in the U.S. and 30 percent outside the U.S., compared to 2019.
All home/mobile viewing methods experienced reported increases in viewing during the COVID-19 pandemic period in 2020. The largest number, more than half of adults (55%), reported that their viewing of movies or shows/series via online subscription services increased over the period of the COVID-19 pandemic in 2020, with a net increase of 46 percent when accounting for those who reported a decrease in viewing (Source: Motion Picture Association).

The global video on demand market size was $53.96 billion in 2019 and is projected to reach $159.62 billion by 2027 (Source: Fortune Business Insights). Movie Theaters have had limited operations since the lockdown that has been imposed by governments across the globe to mitigate the spread of the Coronavirus. As a result, online content viewing has seen an unprecedented growth post-COVID-19 outbreak. As people are staying at home, the uptake of subscription on-demand has shown significant growth.

While exact figures for most of the world’s markets are extremely vague on the market share won by independent films, various publications in the US estimate that in the country’s domestic market, independents make up 10-13% of box office revenues (Source: Consultancy.uk). In this case, it could be estimated that in 2019 the box office intake of independent films was around $4.8 billion. 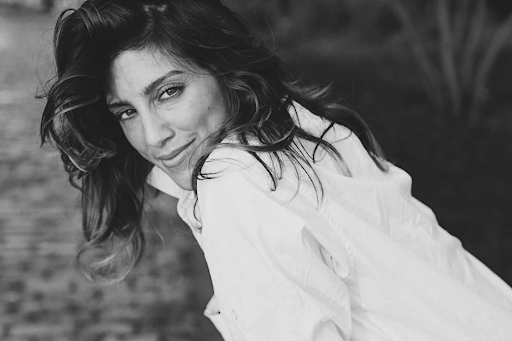 Jennifer Esposito
CEO
Writer, Director, Producer
Jennifer Esposito’s breakout role came in 1990 in Spike Lee’s SUMMER OF SAM. Esposito’s career has spanned over 25 years. She has appeared in over 70 films and television productions, most notably the Academy Award-Winning film CRASH. Where she received a SCREEN ACTORS GUILD AWARD, CRITICS CHOICE AWARD, AND A HOLLYWOOD FOREIGN PRESS AWARD for Best Ensemble. Other notable films include, DON’T SAY A WORD and WELCOME TO COLLINWOOD by the RUSSO BROTHERS.
Some of her TV work includes, SPIN CITY, SAMANTHA WHO, BLUE BLOODS, THE AFFAIR and THE BOYS. Most recently she can be seen on NORA FROM QUEENS WITH AWKWAFINA and just completed working on Ray Romano’s directorial debut, currently untitled. Early education was at The Lee Strasberg Theater Institute, where she returned to teach acting years later. She also taught workshops at LaGuardia High School and Bilingual Acting Studio in Paris. Esposito is also a New York Times best-selling author on a book she wrote about celiac disease in 2010. Jennifer has also been a passionate activist in supporting female stories, equal opportunity, equal pay and creating safe spaces for women on and off the screen.

This is an offering of Common Stock, under registration exemption 4(a)(6), in Fresh Kills Inc., doing business as Fresh Kills, inc. This offering must raise at least $10,000 by April 29, 2022 at 11:59pm ET. If this offering doesn’t reach its target, then your money will be refunded. Fresh Kills, inc may issue additional securities to raise up to $3,500,000, the offering’s maximum.

Fresh Kills, inc’s official name is Fresh Kills Inc., so that’s the name that appears in the statements below.

These financial statements have been audited by an independent Certified Public Accountant.

The price of the Securities was determined solely by Management and bears no relation to traditional measures of valuation such as book value or price-to-earnings ratios. We expect that any future valuation will take the same approach.

This is an offering of Common Stock, under registration exemption 4(a)(6), in Fresh Kills Inc., doing business as Fresh Kills, inc. This offering must raise at least $10,000 by April 29, 2022 at 11:59pm ET. If this offering doesn’t reach its target, then your money will be refunded. Fresh Kills, inc may issue additional securities to raise up to $3,500,000, the offering’s maximum.